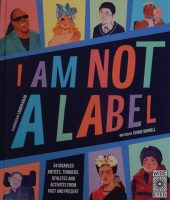 ‘Everyone deserves to see someone like them in a story or achieving something great.’ So says the author of this book, actor, author and erstwhile CBeebies presenter Cerrie Burnell.

In short biographical accounts, she highlights the diverse achievements of 34 people from different parts of the world and from present and past times (covering a time span of some 250 years) who have all defied the odds and achieved great things despite having a disability or mental health issue of some kind.

Her choice in terms of accomplishment is wide ranging and includes artists, authors, activists, performers, scientists and mathematicians, people in fashion, and more. Some such as Beethoven, Matisse, Helen Keller, Frida Kahlo, Stephen Hawkins, Stevie Wonder and Lady Gaga will probably be familiar names to many readers.

Others may be unfamiliar, such as mathematician John Nash who had a challenging mental health condition, 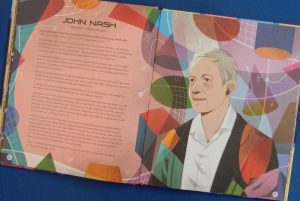 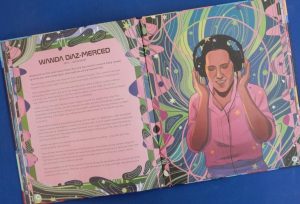 and Arunima Sinha, an international volleyball player who after being attacked, thrown from a moving train and losing a leg as a result, took up mountaineering and became the first female amputee to reach the top of Mt. Everest.

Every one of the stories is enormously inspiring demonstrating that if you have a passion, self-belief, are absolutely determined and prepared to work hard then you can achieve amazing things.

Almost all of those included are allocated a double spread with a full-page portrait by Lauren Baldo, who manages to capture both the determination and jubilation in every one of her subjects. There are also three spreads headed Mental Health, Paralympic Stars 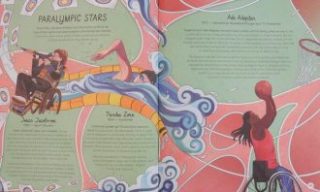 A powerful, uplifting and important book that deserves to be widely read and should be in every primary classroom collection.