Rise Up! The Art of Protest
Jo Rippon
Palazzo

Developed in collaboration with Amnesty International and with a foreword by Chris Riddell, Rise Up! celebrates the human right of peaceful protest. At the same time it encourages young people to engage in such protest for causes they believe in and to stand up for freedom. 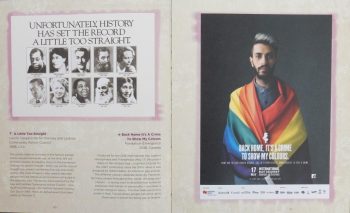 refugee and immigrant rights, peace, and the environment.

First come images of protest posters going back to the early decades of the twentieth century when women’s struggle for equality gave rise to the suffrage movement, which became popular across Europe at that time

coming right up to 2017 with the official poster for the 2017 women’s March on Washington but used around the world, in protest at comments made by Trump that many felt disrespected the rights of women.

Each theme is introduced by an apposite and powerful quote, such as this one from Nelson Mandela for the racial equality section, “No one is born hating another person because of the colour of his skin, or his background, or his religion. People must learn to hate, and if they can learn to hate, they can be taught to love, for love comes more naturally to the human heart than its opposite.” 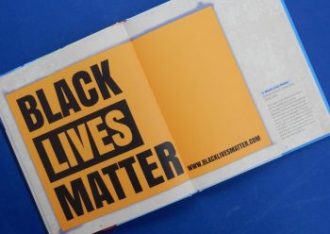 As you turn the pages you cannot help but feel both humbled and inspired. We seem to be living through a time when ever increasing numbers of people, especially the young, are politically aware, but there also seems to be more than ever to protest about. In the last couple of years I’ve carried pro refugees banners, anti BREXIT placards, of late proudly wear my pro EU sweatshirt and trainers, and have joined protests about climate change. I consider myself fortunate to be able to do so without any risk to myself, unlike many of those who carried some of the posters whose images are included in this enormously exhilarating, empowering book.

A copy, preferably several, should be in all schools and colleges; it’s a wonderful demonstration of the way in which a combination of creativity and bold resistance can help bring about positive changes that ultimately benefit everyone.