Professor McQuark and the Oojamaflip
Lou Treleaven and Julia Patton
Maverick Arts Publishing
When Professor McQuark invents a wonderful new gadget, so weird and wacky is it, that she names it Oojamaflip. Then off she dashes to her workshop – aka the shed – and sets to work bringing that design in her head to finished product.

What is the next thing to do once the Oojamflip is finished? Take it to be displayed at the Science Fair of course, and so with headlights polished, the next stop is the town hall. There is just one snag however and it concerns the relative size of the building’s doors and that of the Oojamaflip; 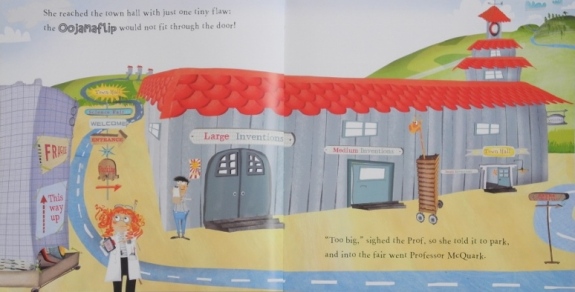 so the prof. is forced to leave her machine outside.
Inside there are all manner of wacky inventions: a square balloon maker, a zip up door, an infinitely re-sizeable alien suit and a self-playing flute to name a few and they’re all vying for the judges’ attention to win that first prize. And here comes an announcement … 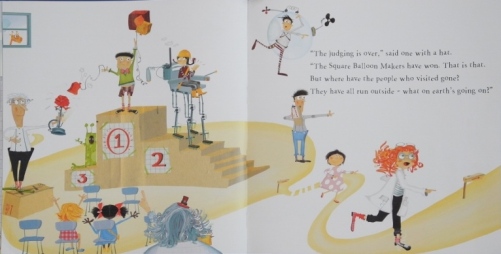 Or maybe not – all the visitors are suddenly dashing outside leaving the judges startled and puzzled and there’s only one thing they can do; head outside too and discover what all the fuss is about …

Giant Jelly Jaws and the Pirates
Helen Baugh and Ben Mantle
Harper Collins Children’s Books
Unlike his fellow crew members, new cabin boy Jake is not brave or strong; indeed he has no head for heights, cries at the slightest hint of a scratch and at night, his hammock-mate is a teddy bear. It looks as though Captain Fish-Breath Fred has made an almighty mistake in engaging young Jake. But can the lad manage to prove his worth in the face of a rival pirate crew whose members are intent on getting their hands on the treasure map whereon X marks the spot. Seemingly not, for here’s a rather stinky situation where we see his fellow shipmates about to walk the plank… 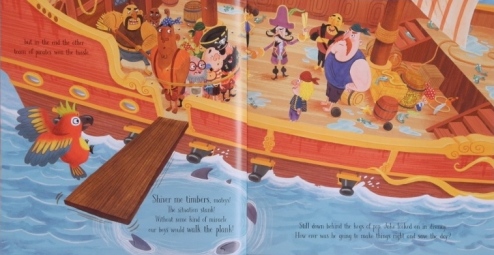 and the cabin boy himself cowering behind some kegs of pop.
Hold on me hearties! What is Jake up to now? Surely it’s no time to be guzzling pop, or is it? … 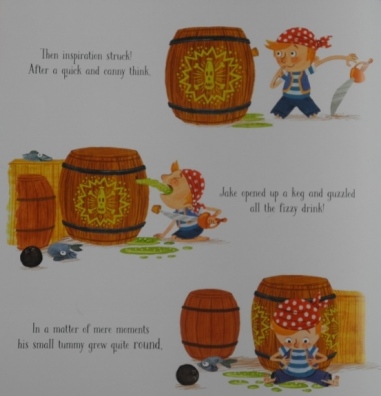 If you want to know how this ripping rhyming yarn concludes, you’ll have to get your own copy of the riotous romp and read the rest yourself. It’s certainly true to say ship’s figurehead Giant Jelly Jaws has found his match when it comes to monstrous eruptions; and awash with detail, Ben Mantle’s riotous scenes are suitably salty and swashbuckling.